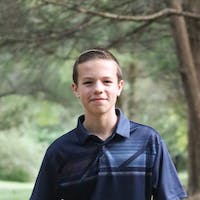 The Internet has become a key part of the lives of so many individuals around the world, whether they are casual users, online entrepreneurs, or even programmers. It has altered nearly every field of employment. It has become the source of nearly twenty percent of global commerce, while web giants like Google and Facebook have risen into the Fortune 500. It is clear that the Internet has become part of our culture, and it is not going away anytime soon. However, when talking about websites, most people do not know the difference between the various types. When broken down by their structure, the three major types of websites are static sites, CMS sites, and web apps.

The first type of website is the most basic and most historic, and it is known as the static site. Static sites are built with the basic languages that make up the web - namely, HTML, CSS, and JavaScript. Static sites are designed to be fixed, long-term pages that present information. Examples of static sites include portfolios and landing pages. The content of these sites is built directly into the code, which, though quite simple, is clumsy to maintain and update. The code is hosted on one or more public servers that can be accessed through a URL (such as google.com) with a protocol known as DNS, or the Domain Name System. The issue of maintainability led to a more modern alternative, the CMS site.

This second type of website, the CMS site, combines the concept of the static site with a CMS, or content management system, that runs on a remote server. For example, a site loads, uses a script to request content (whether that is an image, a video, text, or something entirely different), and then displays that content on the page. Often there will be a user friendly interface to update content, however many back ends are made up of complex APIs, understood only by developers. APIs, or application programming interfaces, are programs that run on a server and return a specific response based on the request. This more modular approach is used most primarily in blogs and news sites, as well as some business sites. Some examples of CMS sites are washingtonpost.com and blog.micahlindley.com. To users, a CMS site may seem no different than a static site - the difference is in the maintainability and scalability of the structure.

The third type of website is the most modern and modular, though it is not optimal for all use cases. It is known as the web application, or web app, because of its resemblance to traditional downloadable programs and applications. These are not static or CMS sites because their structure is vastly different and their purpose is focused more on completing a task or allowing multiple interactions between users. Examples of commonly used web apps include Facebook, YouTube, Google Drive, and Gmail. The company Google has been instrumental in the increasing popularity of web apps since 2010, and their Chrome team has helped standardize new, easier ways to create them.

Static sites, CMS sites, and web apps all have different use cases and structures. However, an important thing to realize about these various types of websites is that not every website you use is restricted to one of these categories. They are mutually exclusive, but the power of JavaScript (the functional programming language for the Web) as well as an HTML technology called iframe allows for multiple different sites of different types and content to be embedded within and interact with another. An example of this is the ability to integrate YouTube videos into a website, which is essentially a web app embedded in a static or CMS site. It is important for web developers to understand the differences between these types of sites so that they can understand what a client may need and how it should be structured.