My journey through the Linuxverse 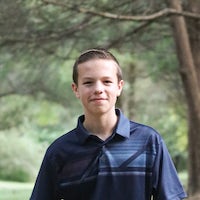 There’s a TL;DR at the bottom 😉

Until a few years ago, I had only used Windows and Macs. My only experience with development was that of a web-based IDE like Codeacademy or Repl.it, and the occasional Notepad on Windows. Now don’t get me wrong; those are both great tools to use while getting started. But they don’t reflect real-world development tools. I did some research and found the answer: most developers use a variant of Linux.

I knew immediately that I had to start learning how to use Linux if I wanted to be a good web developer. So I found the most stable version of the Ubuntu distribution- at that time 14.04. Following some online guides, I succeeded in creating a bootable CD and setting up Ubuntu on one of my dad’s old computers.

I expected it to be similar to Windows or even MacOS, but when I restarted the laptop to see the unique Unity launcher, I knew I was wrong instantly. I soon learned also that the primary method of installing software was using the command line, which Linux users referred to as the terminal or the shell. Eventually I learned some apt-get commands and how to navigate through directories in the terminal.

So that was about a while ago. Two years ago, that laptop’s screen malfunctioned and I ended up having to throw it away. The time I had with that old Samsung laptop was very stimulating for me- it was my first delve into the vast universe of Linux and non-mainstream operating systems.

My dad tends to keep around his old technology. I soon acquired a new laptop, possibly even older than the first one. It was a Dell Inspiron 8600 with no battery, and I had a love/hate relationship with it. The problem was this: the PC was 8+ years old and ran on an i386 (32-bit) Intel processor. My favorite Linux distribution, Ubuntu, had stopped supporting such 32-bit processors starting with version 17.04. I was forced to try to boot a version of 16.04 on the old machine, but it failed- apparently since the Inspiron did not have PAE support.

Now we’re up to about a year ago. I did some research and learned that there was a lightweight version of Ubuntu called Lubuntu with an alternative desktop besides Unity. It continued to support 32-bit processors, and I thought, “That’s exactly what I need!” So I made myself a live USB with Lubuntu and successfully installed it on the ancient computer. It was very slow, of course, but I enjoyed it. I installed custom icons and edited the startup screen to where it looked like Windows 10, which some of my friends thought was amusing.

Now I’m in high school, and a few weeks ago my dad told me that his previous employer had some old computers to give me (it’s a known fact in my house now that I can restore old technology, and people have started giving me stuff). He drove me to the old office, and I saw it standing there: a Dell Optiplex 890 tower PC- in all of its blocky glory. It had previously run Windows 7, but I took it home and knew what to do. I was going to install Ubuntu 19.10, the latest cutting-edge version of Linux with the new Gnome 3 desktop environment.

I succeeded. It’s currently sitting beside my desk in my room, with the beautiful Ubuntu desktop wallpaper on my monitor. Now I’m also inheriting my grandparents’ old laptop that also ran Windows 7 for school, and guess what’s going on that? 😉

No matter who you are or what device you’re trying to use, there’s a Linux variant for you. Ubuntu is the most common and most supported distribution. If you’re using older devices, I suggest using Lubuntu. For a more unique look, try Ubuntu MATE. Linux is not some side operating system. It’s the free OS that’s taking the world by storm. ⛈😎🖥

Thanks for reading, and if you liked this post or thought it was useful, be sure to drop a follow if you're viewing on Dev.to or Hashnode, or put my RSS feed through your favorite feed reeder! 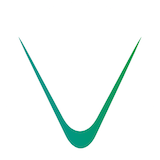 Lol, I am the same way. Although on older computers, I wouldn't use ubuntu. I would use puppy linux. I inherited a windows 7 professional desktop from my mom's work (at that time she owned her own), and the first thing I did was open it up. I then when through an older computer for some more DDR3 ram. The end result: A Power computer running windows 10 pro. Unfortunately, It didn't have wifi built in. I either have to plug it in via ethernet, or use a wifi adapter that is VERY slow. I am dual booting it with a distro of linux. I'm either using linux Mint, Ubuntu, Debian, or kali. In all honesty if I went down the kali path, I would also install one of the major ones too.